Jedward Hit The Charts With Hologram!

Irish pop stars John and Edward Grimes seem to have struck the right note with their latest self penned and produced single ‘Hologram’. It’s already reached number 5 on the Swedish ITunes chart, within hours of being released!

The track has also hit the top spot Irish singer/songwriter chart at an impressive number 1! And broke the top thirty of the general chart at number 27! 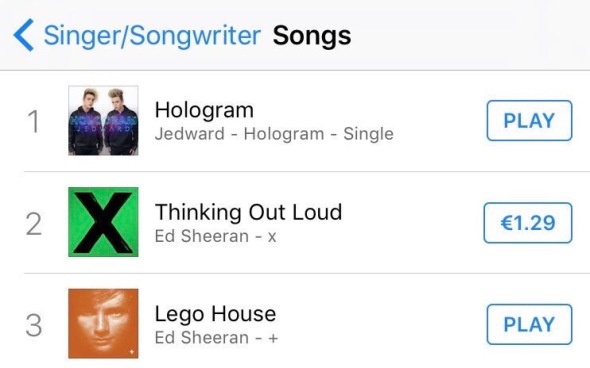 It’s good news in the UK too, with Hologram reaching number 9 in the iTunes singer/songwriter chart!

Hologram, which is written  and produced by Jedward,  has been released indepenantly,on their PlanetJedward label and can be purchased on Itunes.