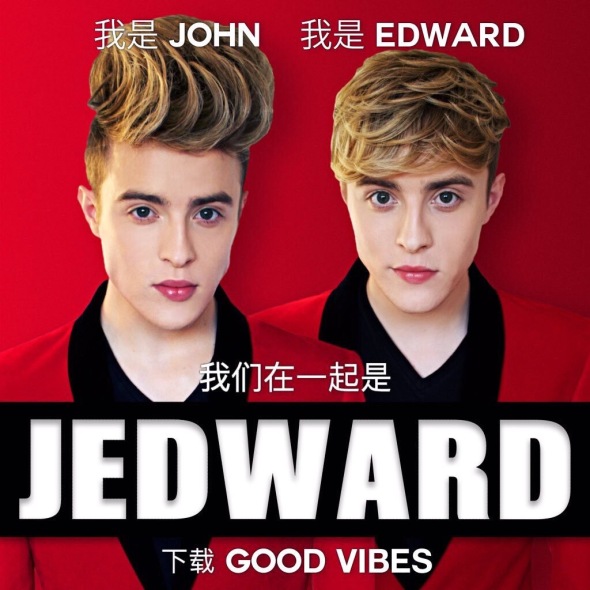 John and Edward are currently on a visit to China, where it’s thought they may have been invited to appear on one of the countries most popular daytime TV show, 天天向上 (Tian Tian Xiang Shang – loosely translated it means ‘Day Day Up’ – the short form of a Chinese phrase, “Good good study, day day up”), as part of their programme on Twins.

JEDWARD are Coming to CHINA pic.twitter.com/DD5HqAudVV

The duo have recently finished some Easter tour dates, in Ireland and the U.K, playing to packed venues, and have released a new single and video entitled ‘Good Vibes’.

Good Vibes is available to download now on iTunes.