Aghhh! Jedward to Join Cast of Sharknado 3: Oh Hell No! 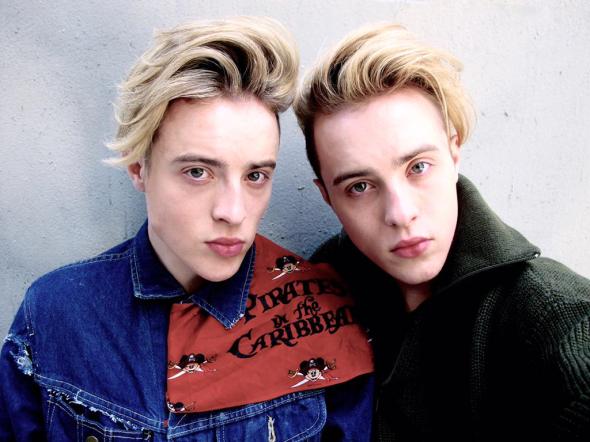 Syfy UK has confirmed today what Jedward fans have known for a few months – John and Edward are indeed in Sharknado 3:  Oh Hell No!

In a press statement released this morning, the Syfy channel said:

Just when you thought it was safe to go outside…  Irish duo Jedward are set to make their TV movie debut in the eagerly-anticipated third instalment in the Sharknado franchise.

Identical twin brothers John and Edward Grimes will appear alongside Ian Ziering, Tara Reid and Cassie Scerbo in the latest helping of the global pop culture sensation, coming to Syfy UK within 24 hours of its US debut.

It’s looking like a fun film, with other cameos by David Hasselhoff (as Gilbert Sheppard, the father of Fin, played by Ian Ziering), and Bo Derek as May, the mother of Tara Reid’s character, April Wexler.

The film is set for release in the US…