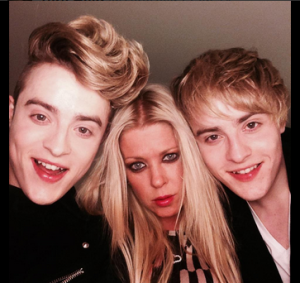 The Sci-Fi classic movie ‘Sharknando’ gets the Jedward treatment as it is revealed today that Ireland’s 2011 and 2012 Eurovision duo are staring in the third movie of the series.

They were tipped to be in the second Sharknando movie but that did not come to pass. However the third movie in the series has the dynamic duo along with their good friend and Sharknando star Tara Reid.

The Irish media are running with the story today 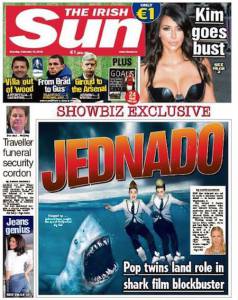 One thought on “Sharknando Goes Jednando with the Eurovision Duo”