John and Edward are in the latest issue of Germany’s Yeah! magazine.  The twins have not only been given an entire page to themselves, but they’re also part of a quiz and there’s a selfie of John and Blaze.

It’s nice to see the twins getting a lot of positive publicity in Germany lately! 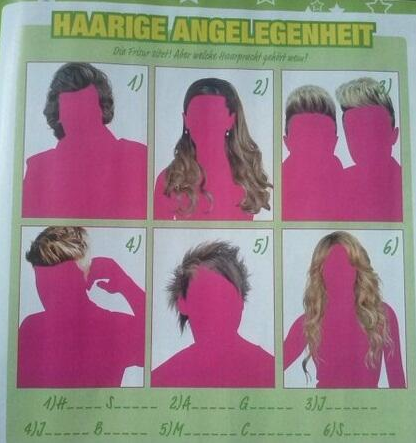 Thanks to Nina for translating!

Jedward – finally back with new single and album!

Review
Jedward became famous on the British tv show “X Factor” in 2009. Despite coming in sixth they started a massive career back then. In Germany they’re known since they represented Ireland and finished eighth in the 2011 Eurovision Song Contest with their song “Lipstick”, yet were considered the secret winners by most young people. The brothers have released three albums. In England they even have their own reality show “OMG! Jedward’s Dream Factory”. After their second participation in Eurovion things calmed…

Win A Chance To Meet Jedward »
« Jedward Message For Finn