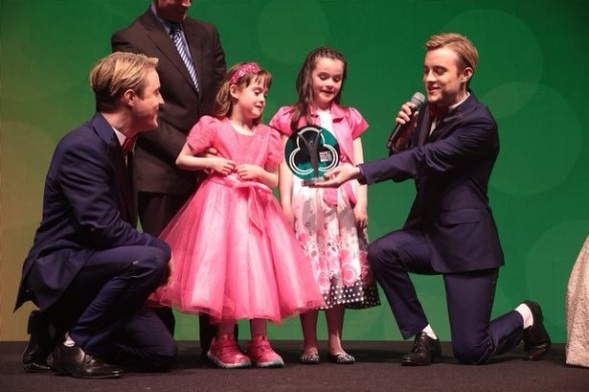 Pop star twins John and Edward Grimes were guests of the Pride of Ireland awards last night night, where they presented the Child Of Courage award to 6 year old Alyssa Kelly, a cerebral palsy sufferer, who defied the odds by learning how to walk.

The twins, who were clearly moved by the story, tweeted this after the ceremony:

Be Brave and Always Have The Courage to do what you believe in! Thank You Pride of Ireland Awards 2014 pic.twitter.com/ZLqifpkUXn

John and Edward speak about presenting the award:

You can read Alyssa’s story here