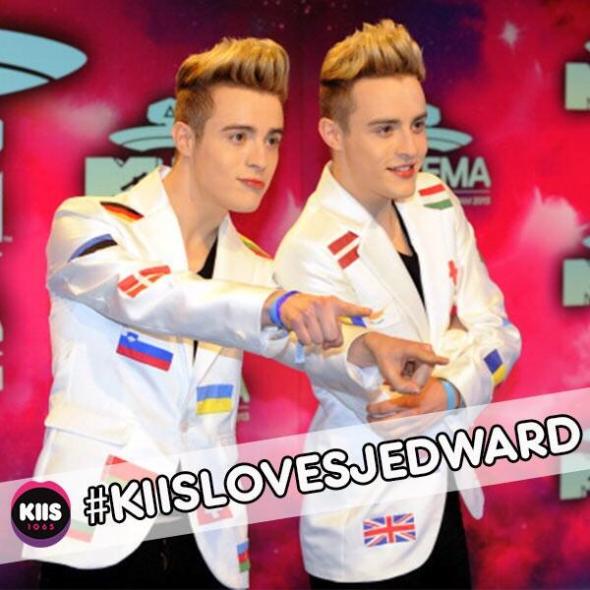 #Sundaynightfun Who in the world is the biggest @planetjedward fan?

…Jedward fans around the world wondered what it could mean.  John and Edward then tweeted:

KIIS1065 went on a follow spree, and their entire timeline was filled with Jedward fans, much to the amusement/bemusement of non-fans.

KIIS1065/Spin1038 DJ Nick K then revealed something was indeed going on between the station and the Twins:

Check it out @planetjedward just messaged me. Theyre aware of your love here on the KIIS page. #JedonKIIS@Nick_K_1pic.twitter.com/zFcYneK8YA

Fast forward to Monday, when Europe was getting ready for bed. KIIS shook everyone up fast by tweeting: