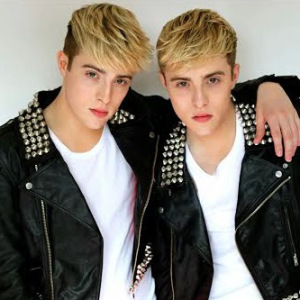 The Harry Hill-penned X Factor musical, “I Can’t Sing”, is about to hit the West End stage, and no X Factor show would be complete without reference to X Factor legends Jedward.

The “Altarboyz”, who happen to be Irish Twins, are set to bounce around the stage, and perform a song entitled “When You Make a Wish It Happens”.

Jedward, consisting of John and Edward Grimes, who were just 17 when they first appeared on the show, were notoriously disliked by Simon, but they came out on top, making their wishes happen by going on to recored three platinum albums, present their own TV shows and even have their own chocolate bars.

Interestingly this is the second stage show to feature an “appearance” by the pair, they are also represented in the Monty Python musical Spamalot.

Check out their latest single, “Can’t Forget You” (Oh – did we mention they…