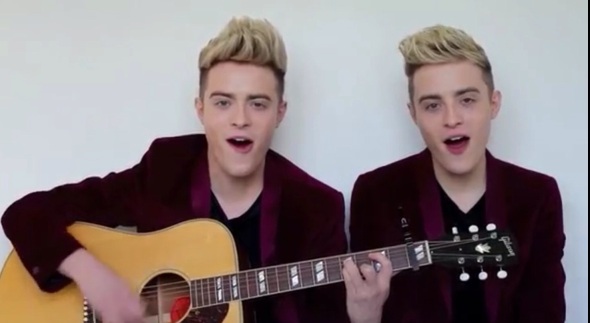 Congratulations go to Pop Twins John and Edward Grimes who have taken second place in the Ryan Seacrest poll for the best YouTube cover of Story Of My Life by One Direction.

The poll, which has been running for a number of weeks, saw the twins beat such names as The Vamps, who took fifth place and American Xfactor star Josh Levi, who took third, with their stripped down, acoustic version of the popular song.

The gracious winner Filipa, tweeted the talented duo shortly after the results were announced saying:

2 thoughts on “Jedward Runners up in Ryan Seacrest Poll”