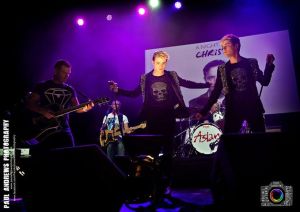 It seems things are on the move on Planet Jedward. If today’s big news is anything to go by, we are in for some exciting changes from the Pop Star Duo, who will soon be known as, simply John and Edward.

Irish newspaper Independant.ie
claims that the Talented pair would soon be “billed as ‘John and Edward Grimes-Jedward’ in what their management call a “metamorphosis” as they develop from teenage popstars into mature artists”

The changes also mean we can expect to see John “strumming a guitar, rather than jumping around,” as the twins develop their act to showcase their full potential.

John and Edward will be performing tonight and tomorrow in Cork and Limerick. They are also touring the UK in September, with a Australian tour planned for November.